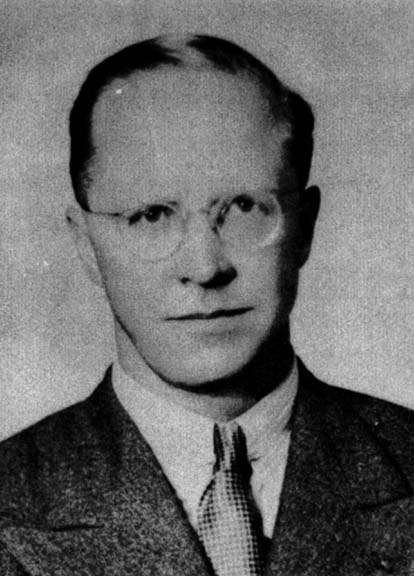 August Rubel may have created a goat headed monster in Ventura!

This is one of those stories that so far I can only attribute to local urban legend dating back from World War II. As the story goes a tall muscular apelike humanoid with long claws, gray hair, and ram-like horns on the top of its head lurks around the area of Santa Paula in Ventura County. This ram headed monster calls the area known as the Camulos Ranch its home. Specifically it has been encountered on Aliso Canyon Road and occasionally the Wheeler Canyon Road near what once was the Billiwhack Dairy and Ranch. Some stories attribute the location of its nest as being closer to Wheeler Canyon Road, although most state that it lives in the dairy and ranch specifically.

Referred to as the Billiwhack Monster, the creature has tormented mostly high school students from the Santa Paula High School. These teenagers are the primary people who have encountered the half goat / half man humanoid creature. It has thrown large fifty pound rocks at their cars and even pounded on the hoods of their automobiles leaving dents. It has also been reported to carry around a large club. In the fifties, a nine year old boy reported being attacked and clawed by a weird animal near the Billiwhack Dairy. He had scratches across his arms and back. Another reference to the creature was in 1964 when it terrorized several hikers for several hours and thus made headlines in a local newspaper. Which newspaper I'm unsure of. Also in 1964, a Los Angeles Times article reported that deputies found a young boy carrying a sword off to slay the beast. The same article reports that a woman who leased the land once had to hold off 43 monster seeking children with a shotgun until authorities arrived.

The Billiwhack Dairy according to the legend is a decrepit ruin of what once was a state of the art, very advanced and modern dairy farm. It apparently contains underground rooms and tunnels, but is also rumored to be missing walls, etc, which could be attributed to the many decades of disuse.

The dairy was started up and run by an August Rubel who moved to Ventura County in 1922 and established the dairy in 1924. Rubel was once a native of Zurich, Switzerland. He served in the American Field Service in France from 1917 to 1919. The urban legend connects him to the Office of Strategic Services or the OSS. The OSS was the precursor to the Central Intelligence Agency. If the legend is true, the OSS had Ruben performing experiments beneath the dairy, including trying to make a super soldier. The Billiwhack Monster is apparently a product of this research and experimentation that escaped to haunt the local area.

Much like other secret organizations, the OSS is attached to all sorts of illegal and amoral experiments ranging from brainwashing techniques, use of various drugs on unsuspecting victims, studies of diseases for use in warfare, and other inhumane practices.

The OSS was started by William "Wild Bill" (some state his nickname as "Mad Dog") Donovan who was made the Coordinator of Information or COI in 1941. This office eventually became the OSS. The OSS was responsible for much of the espionage and sabotage in Europe and Asia. The OSS was disbanded after World War II, but a proposal by Donovan eventually led to the formation of the present day CIA.

As the urban legend goes, Rubel, after performing experiments in Ventura County, was eventually sent over seas and died mysteriously doing secret work for the OSS in 1943. According to a historical account, August Rubel actually died in Tunisia, when he returned to service and the ambulance he was driving hit a German land mine.

Although most accounts of the urban legend state that the dairy and ranch were abandoned leaving the monster to its own devices, other accounts state that Rubel's wife, Mary Colgate McIsaac remarried in 1946 to an Edwin Burger. Mary died in 1968 and Burger continued managing and living on the ranch that August Rubel helped build and manage.

Most recently, on May 5th, 2001, Rancho Camulos was awarded a National Historic Landmark. The plaque for the landmark states:

Ygnacio del Valle established Rancho Camulos in 1853, on part of a Mexican land grant of former mission lands. Rancho Camulos was the setting for "Ramona," an 1884 novel that generated national interest in the history of Hispanic settlement in California. August Rubel purchased the property in 1924 and preserved the significant historic features of the site.

Shirley Rubel Lorenz, daughter of August Rubel and President of Rancho Camulos Museum Board of Directors was present to accept the plaque. She had been born and raised at Rancho Camulos and stated that her father, August Rubel, had "instilled in her a sense of trust and stewardship over Rancho Camulos".

The site, in addition to the secret underground level, supposedly has or had orange trees, multiple buildings, and an aviary that was built originally to house Mrs. Rubels tropical birds.

So if there is really a half goat / half man monster lurking in the depths of Santa Paula, there's a lot of questions regarding what it's doing there and how it got there. Although there's little to no evidence of its existence, some cryptozoologists believe it might be related to or actually a Bigfoot, granted a deformed or disfigured Bigfoot.

But the site is filled with weirdness, most probably originating from wild stories told by the local teenagers. Snipers are said to hide up the mountain, shooting salt pellets at trespassers. The walls and floors of the abandoned dairy are said to be stuffed with millions of dollars worth of uncashed checks made out to August Rubel. And of course there's much debate on how to actually get to the dairy, and terrifying tales of teenagers visiting it in the middle of the night.

Ironically, the Billiwhack Monster is not the only creature sighted in the area. In 1939, several people reported seeing a strange half monkey, half man in Ojai, a small town about fifteen miles west of the Billiwhack Dairy. Reports described the creature as the size of a twelve year old boy with gangly long arms and black fur. Mrs. Catherine Loughboro complained that the monkey creature stole two of her chickens from her henhouse and a few weeks later, Mrs. Tom Richards saw the creature eating her corn. Could this be an earlier experiment of Rubel?

Sadly, the urban legend detailing Rubel's involvement with the OSS remains very suspect and one also has to be skeptical about the creature when combined with the fact that much of Rubel's family remained on the land after he died during World War II. Wouldn't members of his family have reported the rampaging monster by now? Was August Rubel really a mad scientist who worked for the OSS creating super soldiers? Was he really involved in espionage over in Africa when he disappeared mysteriously during World War II? Is there really a half goat / half man monster lurking in the dark depths of Ventura County? Regardless, it's probably best just to be on the safe side to be careful when driving down Aliso Canyon Road and watch out for goat headed monsters.